Castelo Rodrigo was inhabited by the Turduli around 500 B.C and in the 11th century, as part of the kingdom of Leão, it was conquered from the Arabs. At the beginning of the 12th century, the king of Leão and Catalonia  Afonso the 9th controlled the site and ranked as a “Vila”.

One of the greatest things about Portugal is that you are able to find places that stopped in time, enchanted sites rich in history, strong at traditions. Driving from Almeida to Pinhel, located at a top of a hill and surrounded by almond trees, we find this fortified village that offers you an encounter with old costumes and ancient times. Pick up your sword and your crowns little ones, you are about to enter this fortified, historical and well preserved medieval village! 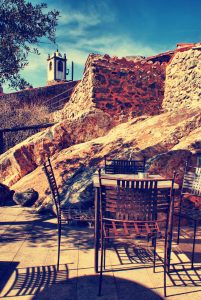 Surrounded by a fortified wall and where presently 50 people live within, Castelo Rodrigo, had initially 13 towers and a patrol path that it´s now partially occupied by residential houses. Also, due to the fact that it was located on one of the paths to Santiago de Compostela, a church was built at the 11th century and later rebuilt in the 17th century dedicated to Lady of Rocamadour.

The village maintains the medieval moth, which radiates from the fortress and accompanies the topography of the village, also through its streets are interesting houses, some Manueline, other Arab buildings, such as the house number 32 with an Arabic inscription. 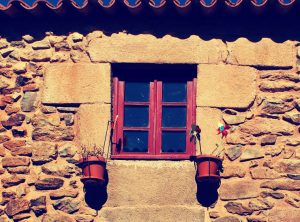 A village that can be visited all year long but that you need to see it, at least, once in the lifetime. 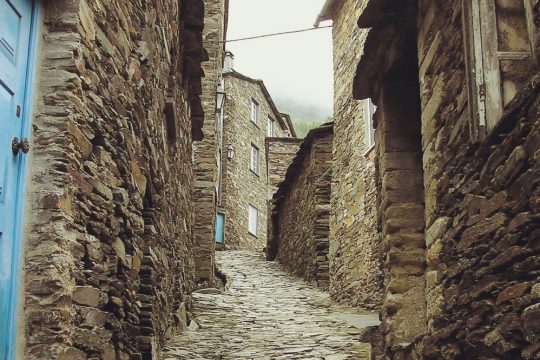